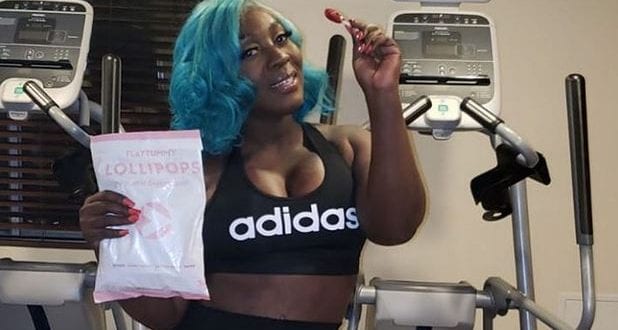 That was the introduction from recording artistes D’Angel and Spice, off their hit collaboration NO WORRIES back in 2017.

Following its release, the song became a hit both locally and internationally, and a anthem for woman globally. However, over the past week, the hit single has the two collaborators going at it causing a lot of ‘Worries’ ironically.

Over the last few days, a feud has developed between them and it seems unlikely that the unpleasant exchange between the two will not end anytime soon.

A week after Spice voiced her regrets about collaborating with D’angel Via IG, the First Lady of Dancehall clapped back in a series of videos that have been circulating on social media from last Saturday.

D’Angel in one of the videos explained that after years of not interacting with Spice, the collaboration came about following Spice’s persistence.

“Yuh keep telling me sister say yuh wa do a song wid me, me say me never ready fi do nuh song wid yuh yet”
And has for Spice acquisition of writing song for the LIVING UPTOWN singer, D’Angel address that sturdily.

“When mi see di upsurge of tear dung wid female artistes inna di business, me say a full time now, and dem label yuh as the one weh don’t collaborate wid follow female artists and nuh give woman nuh strength, me say now is the time,”
She went on to say that

“Snowcone write the song, yuh don’t know how dah song yah write. Me call yuh, and say a it dis, a time, let’s go. We link up and we go inna di studio wid love, me, she and the song became a number one all over the world and inna di people dem heart. Me promote the song wid all a me heart, run wid di song outta breath, everything me can wid di song fi di song fi reach way it dey yah now. Yuh never gimmi nuh song. Me thank yuh fi di collaboration, but lady me nuh owe yuh nothing.”

D’Angel also addressed several other issues Spice brought up on her IG live, including her reputation for sleeping with Dancehall veterans Bounty Killer and Beenie Man.

“Everyday dem get up pan me wid di two man dem, di two icon dem a dancehall. Memba say Beenie put a ring on it, me was the man wife, him walk me dung the aisle so don’t go reputation. Which man ever stay wid yuh, which man ever sekkle wid yuh?”