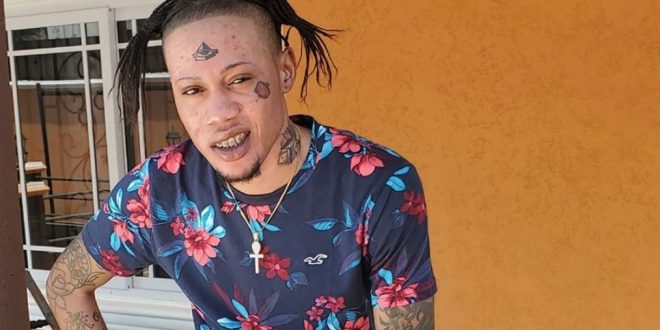 Intence disses Foota Hype, Trending Dancehall artiste Intence is in the spotlight again, this time it’s a feud with Foota Hype who earlier mention that Vybz Kartel took his girl away from him.

“Unuh feel like seh Intence and Kartel have problem ova song” asked Foota Hype in an IG live a few days ago. According to Foota Hype Vybz Kartel “a tek weh” multiple dancehall artistes girlfriends while he is behind bars “all a di artiste dem yuh si and kartel a kick off a ova gal” Foota concluded.

Intence has since fired back at Foota’s claims, telling him about his mother as Jamaicans usually do when they get upset! at someone “Nuh gal cah style mi Suck yo madda foota Hype” in his own words.

Intence states that he will be giving Foota Hype “piece a di fame”, seemingly by insulting him.

See the preview to the song that’s aimed at Foota Hype and others below.