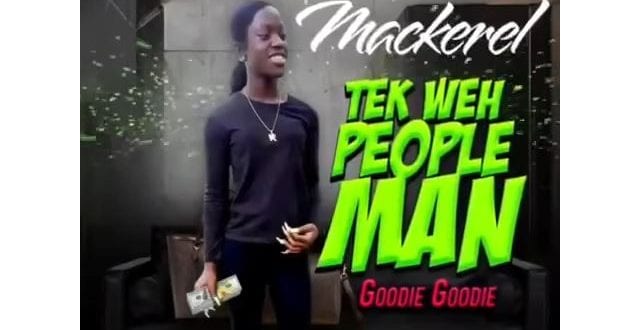 Mackerel who is now 18-years-old is branded as an Entertainer that glorifies “man-stealing” and it is not a surprise that her first song that was recently released was about stealing men.

She made her entry into the music business over the weekend with a 30-second teaser of the song titled “Tek Weh People Man” which is also posted on her You Tube channel.

“It never did fi com out yet, but the people dem love it still, and a say de song nice and it catchy and all these things” she said when she was interviewed.

Mackerel has decided to keep the people in suspense, she has not stated the date for the release of the song even though it was recorded two weeks ago.

Producer Dwayne ‘Lava’ Beswick of Burn Dem Records recorded the song on the ‘Tin Mackerel’ rhythm. Her slangs like ‘not at all’ and ‘people man nice and comfortable’ were used many times even though the song was written by dancehall Singjay Kalado who has collaborated with Mackerel before.

Now that people got teased, they are saying they like it and they want to hear the full song and she should drop it soon. Persons are even saying she could replace Spice as the Dancehall Queen.
[Sharingbuttons]

Ladasha Francis aka Mackerel has spoken about her dreams of becoming a famous comedian, but she didn’t say anything much about a career in the music industry. The entertainer who became popular earlier this year, because of viral videos on social media, only said she likes to sing as well.