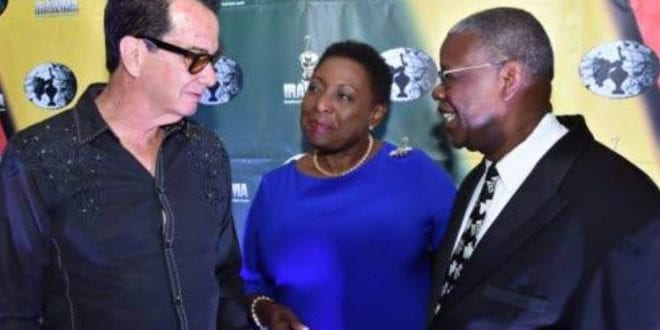 IRAWMA Getting a Boost This in 2020

There will be new categories coming when the International Reggae and World Music Award (IRAWMA) is held at the AC Hotel Kingston, on March 29, 2020. Under the theme Reggae Rise.

Ephraim Martin, the man who conceptualized the event, said following last year’s staging in Jamaica, there were many persons calling for the event to remain in Jamaica and the response was tremendous.
No details of the new categories are shared as yet, but he wants them to be in keeping with the development and growth of the 38-year-old awards event.

The nominees for the show will be announced at the official launch of the ceremony on January 28, 2020. The other categories will be revealed at that time also.

In an interview, Martin disclosed that the 2019 staging of the show will possibly be broadcast on an affiliate station of the CBS in Chicago (the American Television Network) and other markets of the American Midwest in December.

This will be a boost for IRAWMA and Jamaica’s music and culture, and a lot of new possibilities can result from the broadcast.

Nominations are now open to reggae and world music industry members and others who are contributing in any way to the entertainment industry. The ballot can now be found online on the IRAWMA website until January 20, for the preliminary nominations.

After the announcement of nominees on January 28, voting online will be possible for the public to select winners in the many competitive categories. Voters can also mail in their voting ballots as well.

These are the winners for this year: Morgan Heritage (Outstanding Show Band/Group); Freddie McGregor (Most consistent Entertainer) Chronixx (Most Cultural and Educational Entertainer and Best Male Vocalist) Capleton (Reggae Culture Legend) and Spice (Female Dancehall Artiste of the Year)