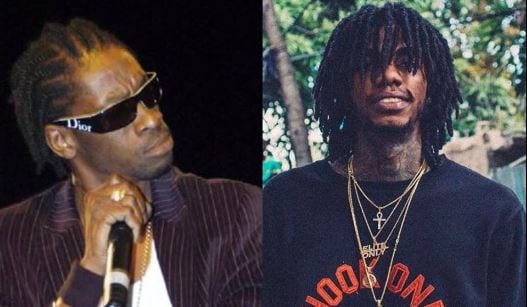 Is veteran DJ Bounty Killer jealous over the Alkaline success in Dancehall?

Love him or hate him you can not change the fact that Earlan Barkley better known as Alkaline is not one of the most famous and lyrically DJ of this generation.

So the “Deep sleep” artist performed in-front of a sold-out crowd at last weekend’s BRT Weekend in Miami, Florida. While some fans say his performance was well-received, others say it was lackluster.
[Sharingbuttons] But veteran Rodney Price better known as Bounty Killer begs to differ, the veteran DJ has made disrespectful comments about the “Champion bwoy” singer in the past, but this post he made on his Instagram page on November 4th made it very clear that he’s not a fan of the self proclaimed “Vendetta boss.”

He went on to say
“A DEM YA DEM SAY AGO RUN DANCEHALL A DEM A RUN WEH DANCEHALL YES Big BRT Weekend calm like a desert,” Killer wrote. “The formula tun funeral The dead man himself go watch back how we deal wid beach parties a forth clarence in our prime next 3yrs it ago sticky bad Most Boring Artiste Alive.”

Bounty Killer then suggested that he will be recording a diss track for Alkaline as a means of cleansing dancehall from what he called germs. Over the summer, Grunggadzilla and the Vendetta deejay got into a heated social media feud after the dancehall icon called him “Dancehall biggest Freakazoid.”

At the time, Alkaline clapped back by sending the DJ Bounty Killer a direct message telling him to “s**k your mother yah b*tch.” If you’re a Jamaican or know anyone who is, then you would know that’s one of the worst things you can tell any Jamaican. Bounty also shared a comedy skit where someone impersonated him while dissing Alka in the most disrespectful way.