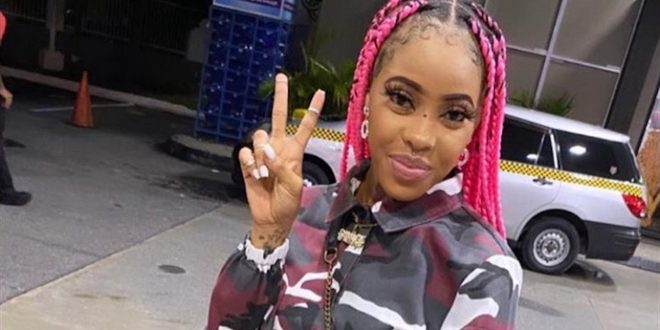 22 year old social media personality Ivany Wright who also goes by the name “lex” was arrested after getting her self into trouble again.

A video has gone viral online of her and others at a police station trying to sort out the issues at hand.

In the video, the police can be heard saying “I got a call from Halfway tree you are needed there on the cybercrime act …. you are also needed in St. Ann for fraudulent conversions… suh you are not leaving here” after which Ivany tried to explain her self telling the police that “Dem have fake pages with me… mi have my files”, the officer then replied, “Mi seh yuh a cuh Portmore”.

Ivany was subsequently charged by detectives in St. Ann on September 13th, two days after being arrested in St. Andrew.

One woman in particular reportedly paid Ivany over 60,000 for an Instagram account however she was removed from the account and Ivany stop accepted her calls after the transaction was made.

Ivany is also being investigated for multiple other crimes.

The young outspoken social media influencer got arrested after she was attacked at her home last week by angry customers she worked with.

In 2019 Ivany was shot and injured while at a Mega Mart store.

RELATED: Shauna Chin Here Cussing Out Digicel After Her IG Page Got Hacked By I-Vany [Video]