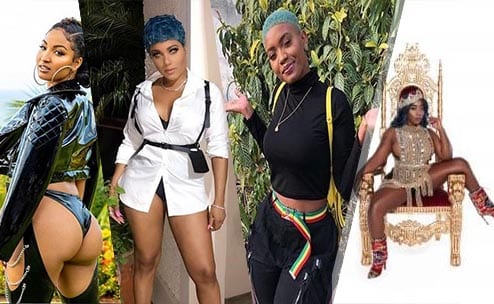 Jada Kingdom, Shenseea, Ishawna Next In Line For Spice’s Queen of Dancehall Crown

Since lady Saw walked away from the “Dancehall Queen” title, Spice had to work hard for it, until she managed to have it attached to her name, now there are some fans who have decided that the title should be shared with other Jamaican female artistes, because they are very influential as well.
[Sharingbuttons]

Spice shocked the world by removing all her Social Media photos and replacing them with a light-skinned version of herself, before she launched her “Black Hypocrisy” mixed tape. She got the attention of a lot of persons and the music did well when it was released. She is the oldest Jamaican female artiste among the four queens at 36-years-old.

She has been putting out hardcore, explicit content, even though she tells her fans that she is a different person when she is not performing. She is Spice on stage and Grace Hamilton (her given name) when she is among friends and family. 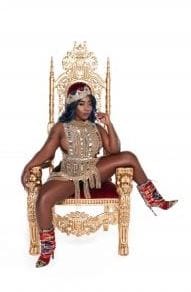 A writer who works for the NY Times has praised four Queens who they say, are redefining the genre and taking it over from the men.

Spice, who has started acting as she stars in VH1’s Love and Hip Hop: Atlanta performed at the last staging of Reggae Sumfest in Montego Bay, Jamaica.

Ishawna the 32-year-old “Equal Rights” artiste who sang about oral sex and then got singled out, for special accolades.

Shenseea’s career was redefined this year, after she uploaded a video to social media, showing a scene with her in bed with a woman, it was the preview of a video for a song in which she collaborated with Tyga “Blessed”.

Jada Kingdom the youngest queen is only 20-years-old, and she got her spot because of the song “Love Situation” in which she uses a knife to cut up an unfaithful lover.

Many can argue that spice is better than the other girls however age is not on her side and soon there will be another queen just as it change overtime for the men of Dancehall.