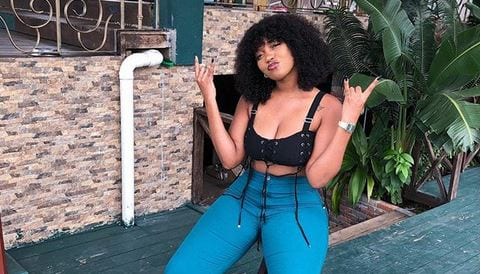 sharetweetWhatsapp
PinterestRedditStumbleuponTumblr
[Sharingbuttons]Jada Kingdom is the new rising female star in the Dancehall was overlooked by the Sumfest organizers this time. In a recent interview, she spoke about her song that was done with Govana and other issues like her battle with the bulge, her plans for her career and her depression. When she was asked about her relationship with Govana, she said she enjoys doing music with him. He allows her to relax and do what she wants to do. The vibes between the two artistes seem to be great, fans are talking though, saying they are a couple. However, Kingdom seems to be taking her time when she deals with relationship issues at the moment.

Even though she is just 19 years old, she says her life has been filled with many different experiences and it makes her feel older than her real age. She, as is being very careful who she allows to get close to her as she knows that many men just like using women. It seems as though she has been hurt in the past as a Doctor has diagnosed that she had bipolar Depression and she was given medication to treat the disorder.

However, doing music and telling herself that she can have a great career in the music industry has cured her. She has not taken any medication for the past six months as she doesn’t want to feel drowsy when she can be alert. Finding ways to go to the next level in the music business is what she is focused on right now and she knows her shape will help her a lot. She plans to lose a few more inches off her thighs as she gets fit to perform when she is called to entertain crowds at events. 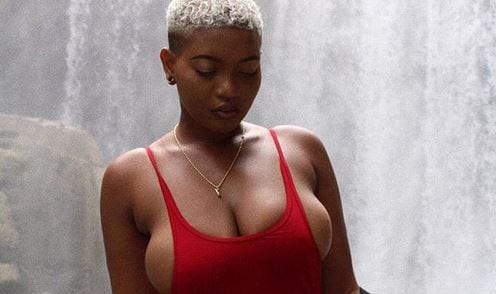 She knows she had started out in the music industry in a bad way; as she had some bad connections which seemed to stress her out. Learning from her mistakes and searching for the right people to guide her along the right path is what she is all about now. Jada Kingdom is more focused and prepared to face life; she is no longer depressed and ready to die. It is so amazing what music can do for people, both those who are behind the mike and the ones who are in front of it.

The world will be entertained in a new and special way when this new curvy diva puts out more music and makes her way to the top. She is talented and determined to stay on the right track.