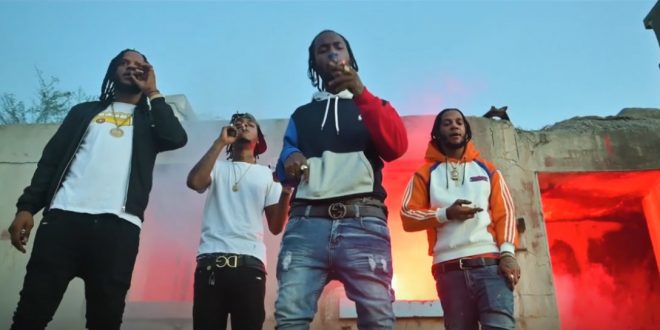 Jahvillani gets deadly in “God of War ” New Music Video

St. Ann deejay Jahvillani drops this another music video in August 2020. “God of war” is a hardcore grimy track that relates to several recent happenings between the artiste and his foes.

This is not a song nor video for the females to dance to, it’s for the gangsters to smoke, drink and vibe to. Guns out and thugs are out too in this new visual shot by KDvisuals876 , Produced by JB Productions.

According to Jahvillani he never leaves his gun hence he is ready for whatever in the streets. One fan watched the video and commented: “All who say Jahvillani addi most hardworking new artist drop a like” while another said, “Mi Neva learn fi run mi nuh guh Calabar,,,all Calabar old students feel away ,,waum to Masicka”.

SOME LYRICS “Dema cartoon avatar, Man a god a war.. a wah gwaan”

Watch the flashy music video below