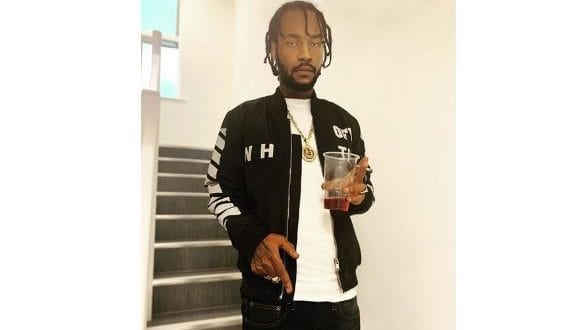 It is possible that Jahvillani could be worth more than his fans know.   Sources revealed that the Dancehall artiste Jahvillani may have more coins than you thought.

He reportedly made an Instagram post earlier this week with a screenshot which said he was worth over $107 million.

The internet source claims that the 24-year-old entertainer earned his huge wealth from his career in the music business.   $107 million would actually place Jahvillani among the richest entertainers on earth.

He would be close to superstars such as Drake, who has a $150 million net worth.   However, fans are not actually buying into the hype it seems, as many are pointing out that it is possible for anyone to edit a Wikipedia page.

One fan said this “Y’all do ppl edit sh*t on Wikipedia right? That’s why you can’t quote from them on any major papers.”

Another fan also quickly tore down the claim by saying, “Correction: “Jahvillani’s Net Worth Goal” 👀”  Another fan said “I think he’s just putting what he wished.

It is likely that Jahvillani could be just having some fun with fans, but it is always best to speak positive things into existence at all times.   Jahvillani has been enjoying a very fruitful year so far, with several new hits including “Sunday to Sunday” and  “Rubberband”.