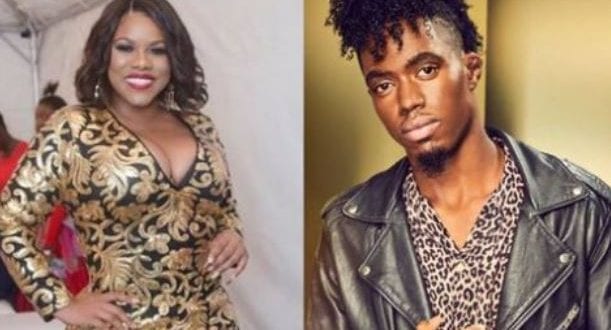 The young man had been through a rigorous life and has not allowed his struggles and where he is coming from to define his destiny.

Persons who have been a huge supporter of the singer from 2010 will remember his feature on Digicel Rising Stars and that he was not living like he is now.

And after Winning the Digicel Rising Stars competition like most others he faded into the background, but he made his return in the British talent show THE X FACTOR.

Soon, many authentic fans and also bandwagonists Jumped on the Dalton Harris bandwagon.

The same mouths that said ‘yaaay’ are now saying ‘boo’. It is true that people are entitled to their opinion, and not everybody will agree with the way some individuals choose to live their lives.

However, when your own people can be quick to chastise, denigrate, berate and judge you without giving you the benefit of the doubt, it is sad and unfortunate.

Many Jamaicans are not homophobic, they are homo-hypocrites! The same people dem who a bun out Dalton, many of them wear brand names of gay designers an sing songs of openly gay artistes!

Many who a bun fire and a send death treats, do not do so when they are beneficiaries of homosexuality and they drink off their table in many Dancehall spaces because dem licky licky and love sweets.

Dalton is on a show called THE X FACTOR, not ‘THE SEX FACTOR’! His private life is his private business. If yuh rate the yuth for him talent rate him and move on.

Many Jamaicans have friends and also family members who are homosexual and dem nah bash dem because dem get money and likes from dem.

Mi a support Dalton’s talent to fi max, and I hope he will continue to strive and thrive in as many ways as possible. Mi want him win so the haters dem can go pile up hospital!