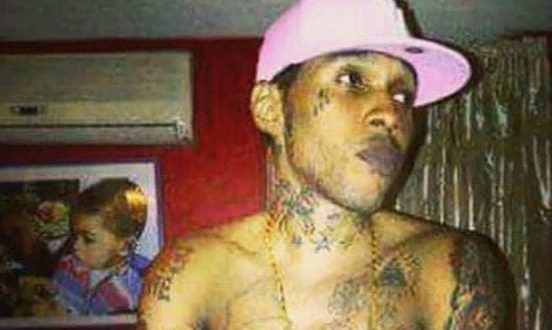 Kartel gets disrespectful to fan over SHORTY Cheating comments

sharetweetWhatsapp
PinterestDiggLinkedinRedditStumbleuponTumblr
Share
Vybz Kartel held nothing back it seems, as he blasted the mother of three of his children on Instagram, he created a post in which he said she cheated on him and he doesn’t want her to transact any business on his behalf. Kartel has since deleted the original post.

It is alleged that Kartel’s confidant Sikka Rhymes confirmed that the incarcerated Deejay is no longer with his baby momma Shorty.

One fan made a comment about Shorty cheating on the Deejay and Kartel’s response was very disrespectful.

There are persons who seem to believe that Vybz Kartel should understand that he is in prison and his baby momma will want to have a man who can be at her side more often, so he should not make a big thing out of anything Shorty does at this time. But Kartel is clearly very upset about Shorty’s behavior.

Since a photo Kartel posted of his girlfriend on Instagram got trolled, the news that she is cheating has not been shocking to many persons.

See screenshots of comments below! 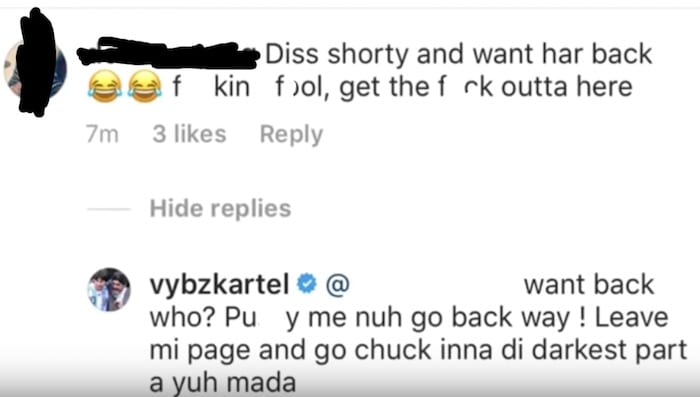 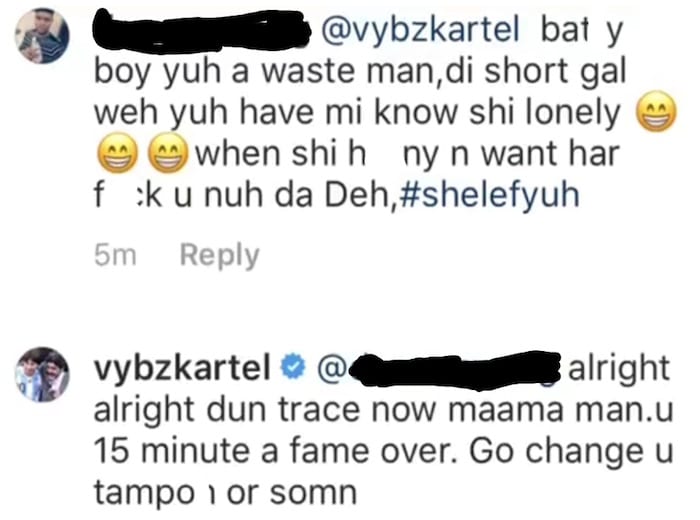