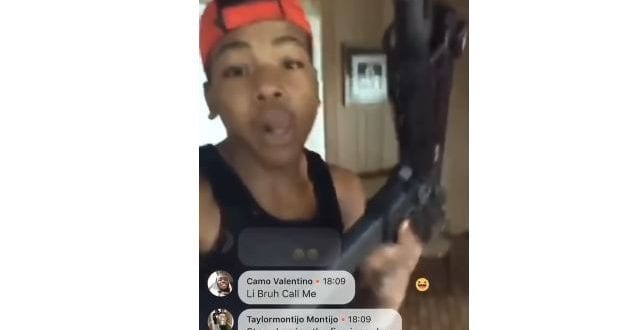 This young man went off while on facebook live, “if ya’ll wanna see a shootout ya’ll gonna have one”, the brother of the kid this young man his beefing with called and said “man ya’ll should be cool wat ya’ll beefing for”.

The young man continued “i’m real cuz, on god” this young man got into it with his former friend “you aint gang” explaining that the person he’s beefing with was his friend.

The actual shooting started at 5:33s into the video.