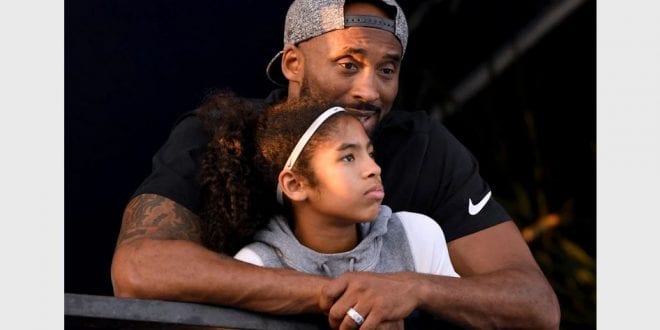 Kobe Bryant and his Daughter Killed

👁️ 1.1k VIEWS
sharetweetWhatsapp
PinterestDiggLinkedinRedditStumbleuponTumblr
Share
Breaking news is that Los Angeles Lakers great basketball player Kobe Bryant was among nine people killed when a helicopter crashed in foggy conditions Sunday, the helicopter reportedly went up in flames after it crashed on a hillside in the Calabasas area outside Los Angeles.

A Calabasas city official confirmed to NBC that Bryant was among those killed in the 10 a.m. crash northwest of Los Angeles. Bryant’s 13-year-old daughter, Gianna, and a teammate on her basketball team also were on board the helicopter, a city official said.

Fans are currently gathered at the crash site and at the Staples Center, where Bryant played for 20 seasons in the NBA. 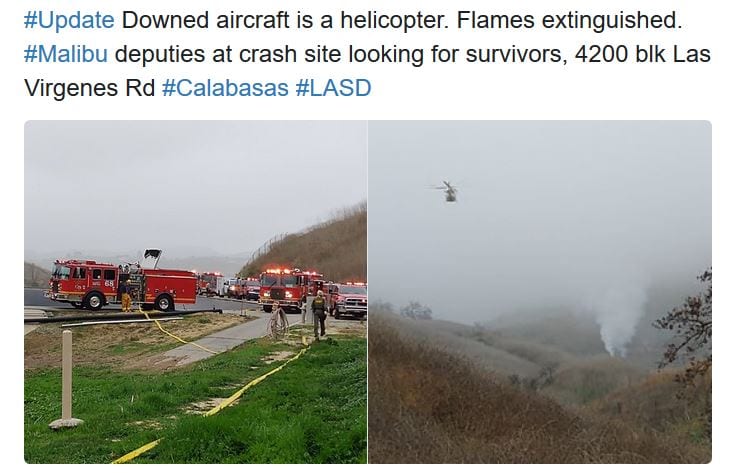 NBA Commissioner Adam Silver called Bryant one of the most extraordinary players in NBA history while fellow NBA legend Magic Johnson states that he was the best player to play for the lakers.

Kobe is regarded as one of America’s great top 5 athletes.

Bryant married wife Vanessa in 2001. The couple has four children.

Kobe was reportedly on his way to a Basketball practice.

The Grammys is set to take place tonight at the Staples center Kobe’s home away from home, his sudden death is expected to be the highlight of the night.