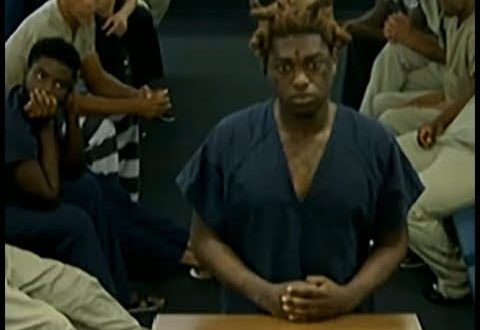 Kodak Black reveals, He was Brutally Beaten in Prison

Kodak Black revealed that he was badly beaten in prison and he had a near-death experience when he was involved in a huge prison fight that caused a prison guard to be hospitalized. He legal team claimed that the rapper was drugged, and then he got into a fight with another inmate.

It was reported that the Pompano Beach rapper was pepper-sprayed by a CO and he beat up him up in return.

On October 29th Black was laced with an unknown substance in Miami FDC that gave him an out of body experience and got no medical attention when he Correctional Officers office even though he was beaten to a pulp by correctional officers as well, and had to be in a wheelchair.

He was gasping for breath and asking them to stop when he had the near-death experience he felt like he was being torn by dogs.

Kodak Black whose given name is Bill Kapri, believes he was targeted because he is a famous person and he is now posting about his experiences on Instagram.

He said, the substance the gave him made him feel like he was possessed and dying slowly. He wants the world to know what is happening to him behind bars.

The last report stated that the Correction officer who was beaten was in need of a Hernia surgery.

However, Kodak is trying to shed light on police brutality and said the substance did not show up in his urine, but his hygiene is stressed out, he is of psych meds, he hasn’t been to the commissary and he is mourning the loss of his brother Juice WRLD.