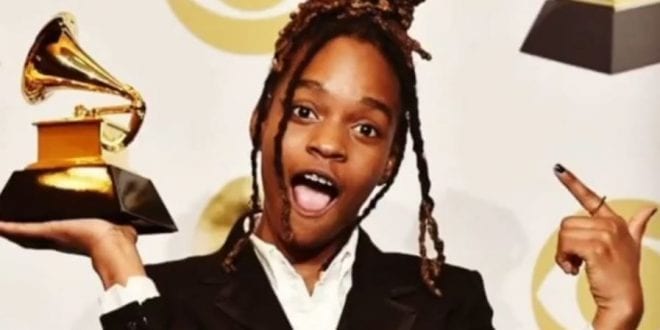 Koffee the Youngest Jamaican To Win A Grammy

👁️ 8.5k VIEWS
sharetweetWhatsapp
PinterestDiggLinkedinRedditStumbleuponTumblr
Share
Teenage Reggae superstar Koffee is soaring to new heights in the music world, now she is the latest Jamaican to win a Grammy award, Koffe is the youngest Jamaican to win a Grammy, She is the youngest person to Win a Reggae Grammy Award and She is the only female to ever win the coveted Reggae Grammy Award.

The Grammys took place earlier today January 26 at the Staples Center in Los Angeles. Koffee, whose real name is Mikayla Simpson gave one of the best speeches ever after winning the ward, in showing gratitude Koffee said: “Blessings everyone, thank you so much… at first i would like to thank the producers and everyone who made Rapture what it is today..” Koffee went on to pay respect to the other nominees and also explain that they all helped her throughout her career.

See her full Speech below!

The young artiste who seemed to pop up out of nowhere, has enjoyed huge success and even replaced Vybz Kartel as the Jamaican artiste with the most streams outside the island.

The ceremony was shrouded in sadness after news broke earlier that NBA legend Kobe Bryant died in a helicopter crash.