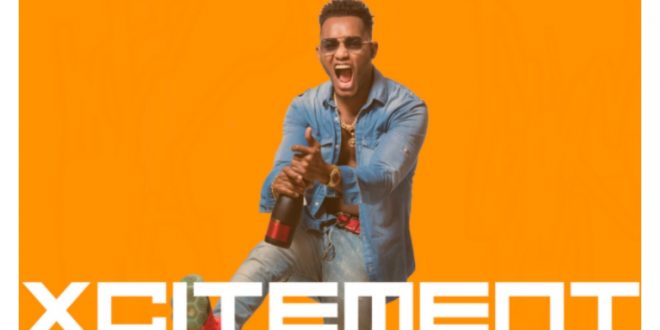 Worldwide (MPR Consulting) – 2020 has been a time of many first and has reshaped our everyday life’s landscape on all levels, from catastrophic worldwide pandemic to civil unrest, to a reshape of all industries, namely the arts. For artists and musicians, it has also been challenging, as livelihoods were affected by the halt on touring. Yet it has been a time of honing one’s craft, with writing and producing, and for multi-talented musician and recording artist Leftside, it is a time to deliver his first musical offering with “XCITEMENT”.

“The collaborations were a no-brainer, Sean Paul is my brother from another mother, also I use to DJ for him lol. Konshens and I had a controversial single that at the time I couldn’t put out because of my label, so now that I am free, I knew it was a must-have. Giving a new artist love is important, we have to usher in the next generation, so my collab with Vanzo from Magnums, made sense, he is so talented and I am a fan! To round up my collaborations, I needed the divine feminine touch that complimented me, and it came through with these amazing soulful singers Mink Jo, ARii Lopez and Lisa Caribe” – Leftside

Speaking on the album’s inspiration and overall message, Leftside explained “I’ve been wanting to release an album since forever, but I was signed to a label. The label wasn’t a promising deal, a lot of the terms were not fulfilled on their part so I decide to leave the label and now I am free and it was long overdue for me to put out my album !” He further added “So the title is Xcitement and it’s because after all these years of being locked down, I am now free and it is indeed exciting, I am no longer trapped, I’m inspired, the creative control is amazing, I have been through a lot, some of these tracks are inspired by my real everyday life.”

With the lead sexy single and video “Dem Nuh Ready Yet” feat Sean Paul, the album has already garnered international rotation on the airwaves, with the video garnering an impressive number of views while it makes its way unto video charts programming in Canada, Jamaica, and UK.

The son of legendary bass player Lloyd Parks, Leftside is a multi-talented drummer, keyboardist, disc jockey, producer, and artist who has worked alongside some of the biggest names in the music industry, including such late greats like Dennis Brown, John Holt, and Gregory Isaacs among other notables of reggae and dancehall arena. “My mindset for my music is 10 steps ahead, I think 10 years down the line when I make music, look at how rapper Tekashi 69 did his version of my song Phat Punani, that was released over 10 years ago, so for new rapper to find the song and put it back in the world, it feels exciting!“