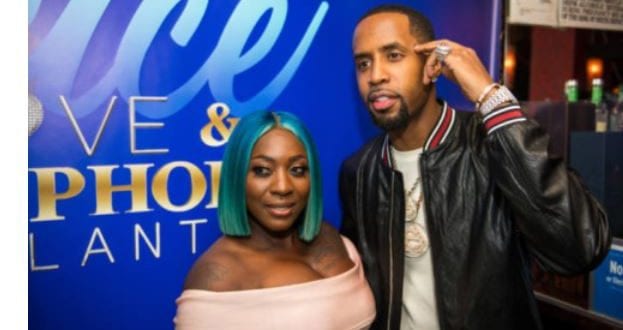 Love and Hip Hop Atlanta: Review of the Tv Show

The reality tv show Love and Hip Hop: Atlanta, premiered on June 18th, 2012. The show has been on VH1 for the past seven years. It has a cast featuring Stevie J, Rasheeda, Karlie or Kiesha Redd, Mimi Faust, K. Michelle, Tommie Lee, Lil Scrappy, Yung Joc, Spice, Joseline Hernandez amongst some other supporting cast. The reality television series is filmed in Atlanta, Georgia.

The television series which is reality television follows the lives, ups and downs, laughter and tears, betrayal and wins and the hustle of several women and men involved in the hip hop music and scene in Atlanta.

Hip Hop is credited to have been created by African-American and Latino-American youths in the Bronx in the early 1970’s. Hip Hop is not just about music. It is a culture and art movement and also refers to music and ultimately rap as we know it. The rise of Hip Hop as we know it is also attributed to ‘DJ Cool Herc’ known for his breaking and scratching, and his sister Cindy Campbell, who hosted a School out block party and DJ parties in the Bronx, and it was these parties that is attributed to the rise of Hip Hop and the genre as we know it.

Presently, Hip Hop has become a part of both the American urban and suburban communities and also the world. Hip Hop has evolved from been just about music or rap music or scratching, it has become a life style, and this is what the Love and Hip Hop: Atlanta reality television series is about.

The series follows the lives of Rasheeda, and entrepreneur, fashion designer, television personality and American rapper. Married with two kids, she has six albums under her belt dating from 2001 till 2012. She released a single in 2015 titled’ I Meant it’ on the 4th season of Love and Hip Hop: Atlanta.

Mimi Faust, television personality, business woman and also one of the major casts on the show. She debuted on the show as a partner to Stevie J. She is known for a sex tape which was released in 2014 with her then boyfriend Londell Smith also known as Nikko London. Although, Mimi claimed the tape was sent to an entertainment company after her luggage was stolen at the airport, it was later found that the tape was staged, and Mimi made a whole lot of money from the so-called released tape.

Karlie Redd, model, actress, hip hop artist and television personality is also amongst the main cast member of the show Love and Hip Hop: Atlanta. Disputes have been ongoing about Karlie or as she is also called Keisha Redd’s age, but she has an adult daughter who is in college. She has been in some films like 30 days in Atlanta released in 2014, We are Family released in 2017. She recently announced her engagement in October 2018.

Spice is a singer and songwriter with her controversial single ‘Romping Shop’ released in 2009, the Jamaican dancehall artist has been on the hip hop and music scene since the early 2000’s. she joined the cast of love and hip hop: Atlanta in 2018.

The series is presently in its eight season and will be eighteen episodes that follows the lives, decisions, drama of the main cast members and also that of supporting cast members. The eight season premieres with Stevie J introducing his new wife, Faith Evans. She also happens to be the former wife of rap legend and east coast rapper, Notorious Big. Mimi has been a victim of armed robbery and details are experience. Spice is considering some skin changes like bleaching so as to enhance her career. Lil Scrappy also debuts in the eight season after a three year stint in jail. You can follow love and hip hop atlanta watch online here.

The show has been successful so far. The first episode of the eight season was vied by 1.2 million viewers when it aired. Not a Game of Thrones, we know. It has been on for over seven years and there is presently no talk about if this is the final season. Some of the staged scenes can be truly annoying to watch but the show on a whole is a love and hate reality television series which portrays the different consequences of actions and words said, on the show by its different cast members. The show has a way of pulling you into it even when you have had enough of the drama, betrayals, bad relationship choices, pregnancies and all.

With eight episodes shown this year in the eight season, there is without s doubt that the tv show has a lot more to entertain us with this season. We would get to see how Rasheeda handles her relationship with Kirk after she admits she cheated on him plus many more unresolved issues among the different cast.

So, if you haven’t seen the show Love and Hip Hop: Atlanta, you have some serious catching up to do. You have from seasons one all through to the current season, which is eight, before you can be up to speed on the happenings in the show. Yes, the show has got some negative reviews over time due to the cursing out, swearing, even sometimes outright brawls which some people feels takes away the underlining message been passed across in the tv series which is, women finding their voices in the male dominated hip hop industry. Despite this, there is without a doubt that Love and Hip Hop: Atlanta brings fans and viewers more drama, more love and more craziness.

Haven’t seen the show yet? Now would be a good time to do so. It shows on Mondays on VH. Watch, enjoy, root for your favorite cast member, curse out your least favorite but in all enjoy a great show which is what Love and Hip Hop: Atlanta is about.