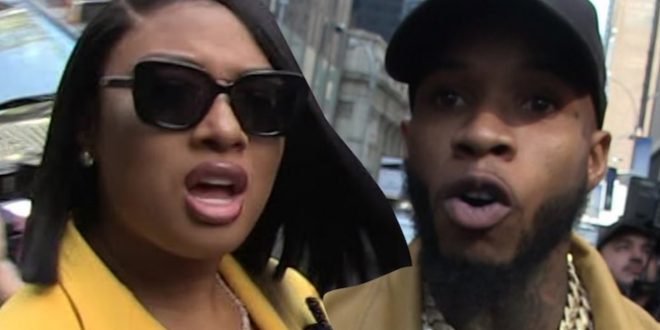 Megan Thee Stallion after keeping her lips tight for weeks about how she got shot recently while hanging out with Tory Lanez is now explaining in detail what happened after her name was being highlighted in a bad way online. Fans are claiming that Megan did not get shot and as a result, she went live to give details on what took place on the night.

“Yes this nigga Tory shot me… you shot me” According to Megan, Tory shot her then have his people report lies on the internet to websites etc. She went on to explain that she was shocked and scared when the police arrived hence she did not tell them that there was a gun in the car and that she got shot by Tory because she doesn’t trusts the cops “i don’t want the police to shoot me because there’s a nigga with a gun in the car”.

Megan confesses to having an argument with Tory Lanez prior to him shooting her while he sat in the back seat of the car they were traveling in with two other people.

Both artistes were out partying before the unfortunate turn of events.

Megan says she tried to save Tory Lanez all along but she now has to tell her truth after the many reports suggesting that she was not shot. Watch more from Megan below.