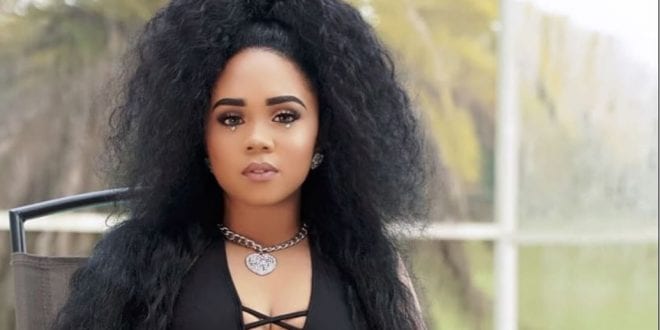 The Missing Dancehall artiste MonCherie who given name is Cherie Stout who was missing in Alaska, US is now safe with her family.

The last few days were spent searching and campaigning, as everyone who knew she was missing were praying and doing all they can so she would be found. Her family is now saying they thank everyone who shared her story for them for God is good.

The Anchorage police released photos of the missing entertainer along with a bulletin in order to find the 29-year-old.

Efforts to locate her have been successful even though she had anxiety and she was unfamiliar with the Anchorage area.

She was spotted in the downtown area on Sunday on the 17th of November, 2019, a police report had stated.

Moncherie was born in St. Lucia and has great musical ambitions, she is best known for her ‘Bay Bay and Gates of Heaven collaborations that she did with Vybz Kartel.

She is getting medical attention after she was found in the night. The good news about her return was posted on her official Instagram

Previous Get The Best Quality Essays For Yourself Online From BuyEssay
Next WATCH: Kanye West – Closed On Sunday [Music Video] HD