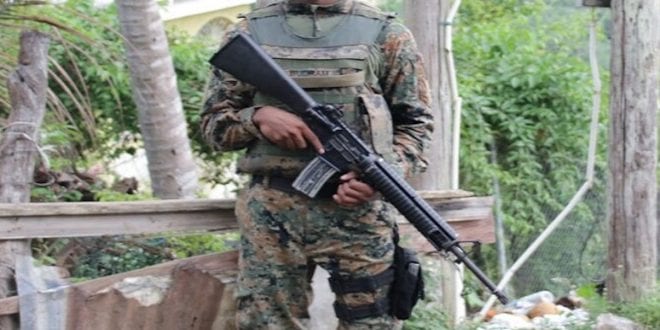 sharetweetWhatsapp
PinterestDiggLinkedinRedditStumbleuponTumblr
Share
Not long after the police launched an investigation into a case where a colleague of theirs was shot and injured by a member of the Jamaica Defense Force who allegedly found him in his bed with his wife.

The officer and the soldier’s wife were having an affair and he was shot in his shoulder before he ran out in the street without his clothes.

He was taken to the hospital by a concerned citizen and he revealed that he was a member of the Jamaica Constabulary Force.

Another soldier has allegedly shot another man who was sneaking out of his home on Saturday morning in Eltham Vista, Spanish Town.

It was reported that a JDF private thought things were not right at his home when he got there very early on February 23 and then saw when his wife was helping a man to leave through the back door.

This caused him to pull his pistol and fire many shots in the direction he thought the man would be. However, the man managed to jump over the fence and escape.

The police are now investigating this incident.