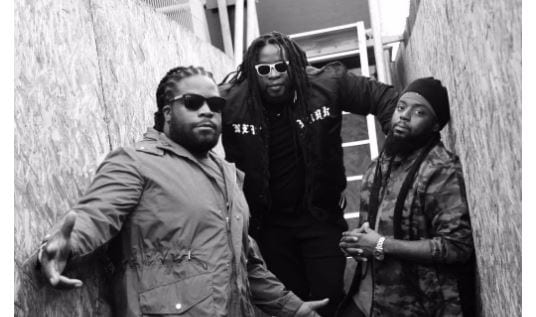 The culture-driven band, who takes pride in staying true to authentic reggae, recorded Avrakedabra across four different continents in their mission to take reggae music to the four corners of the earth. The album that debuted at the top of the iTunes Reggae chart in 8 different countries, highlights include, multi-GRAMMY winning Ziggy Marley and Stephen Marley, in an alliance of two great musical legacies on “One Family,” and Mr. Talkbox, the famed computerized voice from Bruno Mars’ 24K magic on “Want Some More”.
Although the Brooklyn born group’s DNA is from Jamaican origins, they’ve managed to infuse the sounds of Pop, Rock, Country, R&B and Hip-Hop into their eclectic mix, which they call Rockaz”.