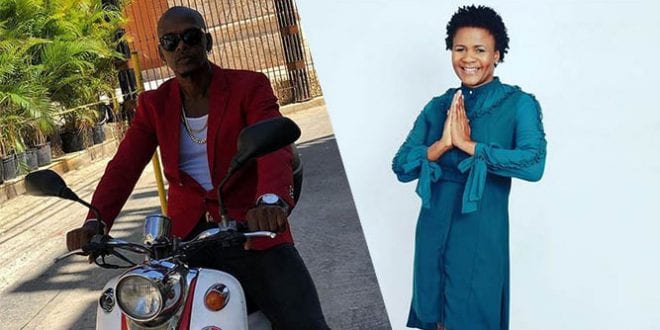 Minister Marion Hall formerly known as Lady Saw conductied a fiery performance a couple days ago where by she pasionately calls for “the blood of Jesus” to cover everyone at the venue including the pomoter. The video has since gone viral with many persons stating that she had lost her mind, Fellow entertainer Mr. Vegas went public with his thoughts on the matter which did not settle too well with Minister Hall and her supporters.

Marian Hall Posted the the video below with the following caption “When God Takes Over My Concert, and Starts Talking To His People.The Blood” , “The Blood, IF It Wasn’t For The Blood,Where Would I Be. Hallelujah”

See her extended Performance below!

The Blood, IF It Wasn't For The Blood,Where Would I Be. Hallelujah

Mr. Vegas wrote the following and post the image below in response to her statements. 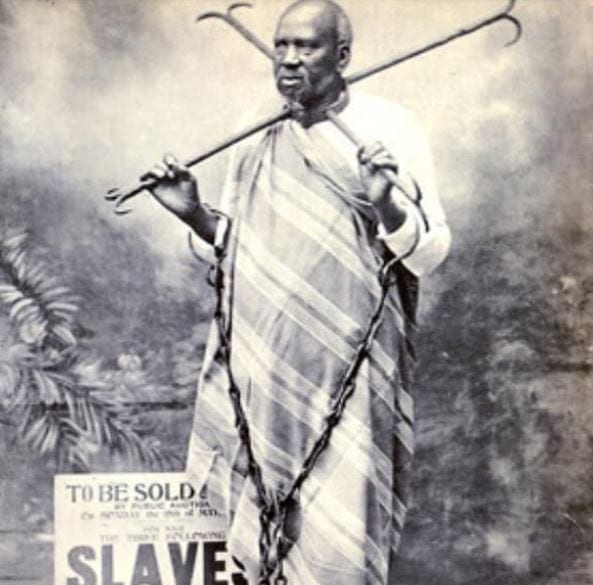 “We are not persecuting you Minister/Prophetess Marion Hall. We are simple asking you and others, to be more responsible in calling for more blood on our beautiful Island. I personally think the escalation in calling for the blood of Iesus to cover the land, is parallel with surge of bloodshed on the land and this should be addressed. Arrogance cannot heal our land, we must be able to have civil discourse without labeling brothers and sisters as Satan, or rushing for Jesus blood to issue condemnation. Our energy should be geared towards, rebuking the Satan that put us in slavery, indoctrinated us and enforced this doctrine that is still dividing us? Many will say, “why don’t you leave people alone” or try to make this seems like a ploy to be mischievous. However, the African proverb, “Evil only prevail when good men stay silent” should not be misconstrued as being contentious.
Notwithstanding, we are now in the the era of INFORMATION (revelation), so driving fear into our African brothers and sisters is about to be over. It is time to get back to our spirituality and let go off massa fear-mongering dogma. When you are spiritual, you have empathy, love, humility…..As His Majesty Selassie I said, “Religion is a set of rules, regulations and rituals created by humans which were supposed to help people grow spiritually. … Spirituality is not theology or ideology. It is simply a way of life, pure and original as was given by the Most High.” Nonetheless, these are the words from your Jesus, they are in your bible. John 3:17 “If anyone hears my words but does not keep them, I do not judge that person. For I did not come to judge the world, but to save the world.” Love you sister. #Suubi”

Mr. Vegas also posted this screenshot of a response from Marion Hall, Skatta also commented on the matter. 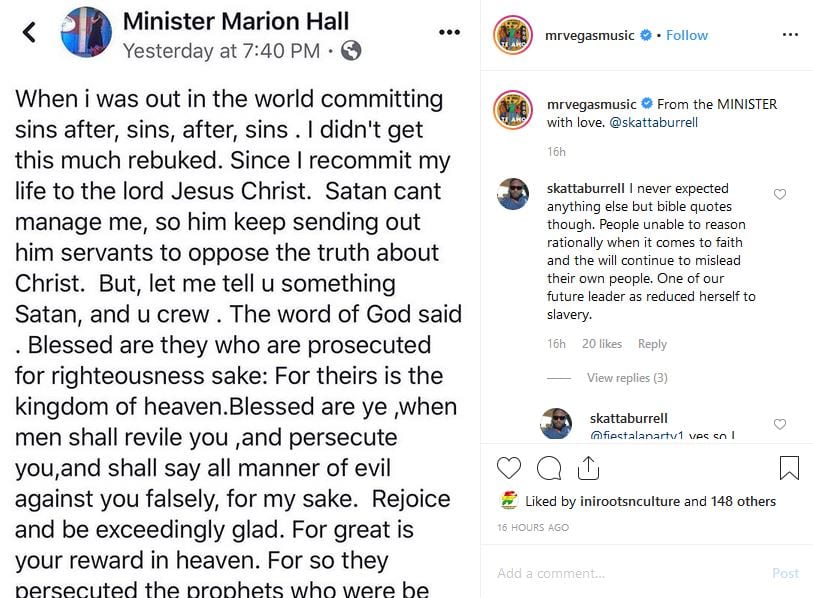