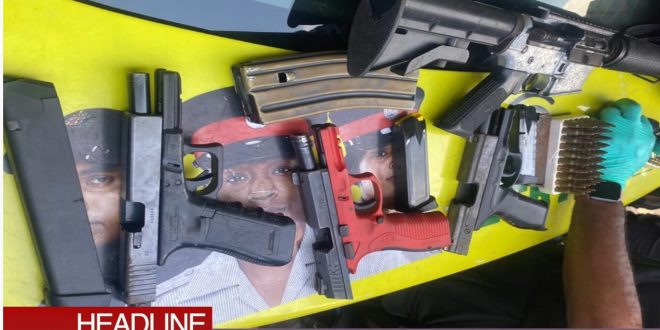 Jamaica News, the St. James police reportedly went on an early morning operation in which they seized several illegal firearms including an M-16 rifle along with 117 rounds of ammunition in the parish.

Last week the St. James police also seized multiple firearms, they also managed to kill one of Jamaica’s most wanted “Prekeh Bwoy”, Learn more in the video report below.