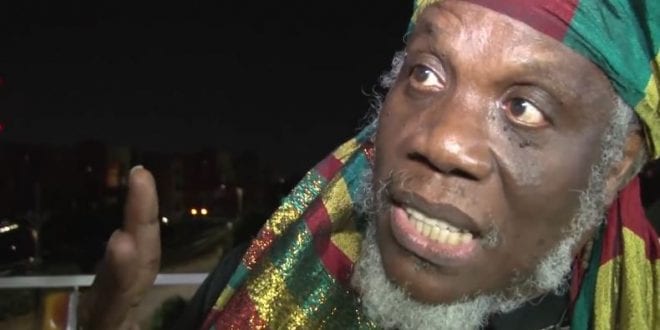 Jimmy Cliff was the first and Bunny Wailer was the last to receive this award and now Mutabaruka is being awarded.
In a recent interview Muta spoke about how he became a radio personality and how he decided to keep on speaking the Jamaican language as he is comfortable with speaking it even though it cannot be written easily.

He said he didn’t think he would be so famous, because he started out writing his poems and hearing his Mother say he would never be able to earn a living from what he was doing, but he is now able to pay many bills with the money he has earned from his poems.

The Cultural Historian, Dub Poet, educator, radio personality and musician is never afraid to speak out about the problems he sees in society.

He spoke out against the persons who said dancehall artistes should not be blamed for the breakdown in society and parents should take all the responsibility for how their children turn out. Muta believes they should think about Bob Marley and how famous he became and how his music and the influence it has on people caused him to become so prominent all over the world. He believes the artistes should think about their responsibility when they are putting out music.

Muta remembers being taught by Marcus Garvey Junior and he also learned from Amy Jacques Garvey so he kept on talking about issues that affect Black people every day and the young people are listening even though their parents even beat them sometimes and tell them to stop listening to the mad man.

When he was asked how he felt about Buju Banton and if he thinks he should apologize to the Jamaicans and the Gays, he said Buju had served his time and he has moved on, it doesn’t matter what he does at this time, as the people still love him.

He doesn’t mind how the Government is dealing with the Ganja industry at the moment even though everything is happening so slowly. He just doesn’t want them to do anything much to please the Americans since they were the ones who encouraged the incarceration of Black people because of Ganja over the years.