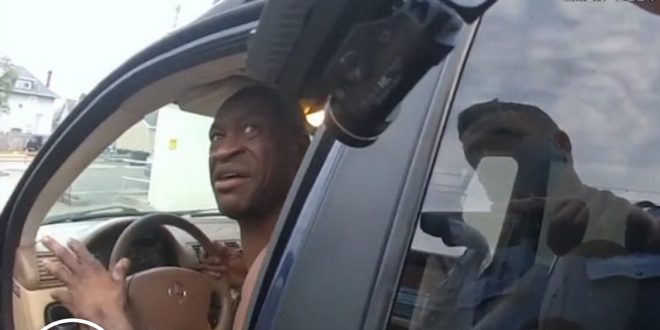 This is newly released one-hour long video footage of the Police and George Floyd’s deadly encounter. In this new footage, we see happenings from before the police pulled up on the scene until George, unfortunately, lost his life after being suffocated.

After being approached Floyd begged the cops “please” don’t arrest him, he also claimed that he lost his mother recently and was shot in a similar fashion as to how the cop pulled upon him with the gun. “I’m not that kind of guy” says Mr. Floyd who tries his best to explain that he is not a bad person.

A tussle between George Floyd and the police started shortly after he was approached and it continued for several minutes as he claims that he had “covid” and was unwilling to go into the cop car.

Unable to get Floyd into the cop car the police then pinned Floyd down to the ground where one cop placed his knee on George’s neck. George asked for water and for the cop to let him breathe telling the cop that he is about to kill him.

The sad part is that George could tell that he was about to die, he screamed “i can’t breathe… mama i love you… tell ma kids i love you.. i can’t breathe or noting man this is cold-blooded man” Floyd begged the cops to please let him breathe “Please sir”.

The cops told George to relax as he yelled at the cops “i can’t breathe” countless times. This continues as bystanders begged the cops to get off George “He is unresponsive right now” states a man while a woman asked the cops to “check his pulse, get the fck off him… get off his neck”.

According to the manager at the store that called the police, Floyd tried to make a purchase with a fake $20.

Watch the full incident below