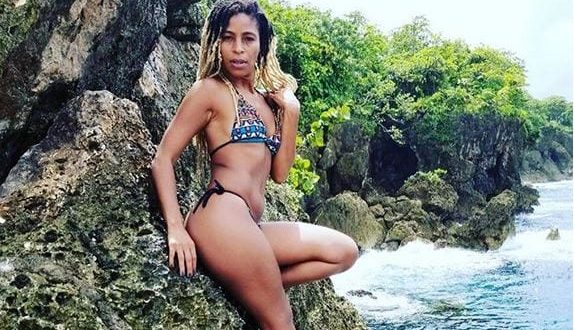 Nikki Z off to fantabulous 2018, drops “Art Of Love Riddim”… Set to make first appearance in the UK

53
SHARES
sharetweetWhatsapp
PinterestDiggLinkedinRedditStumbleuponTumblr
Share
To say that 2017 was an exciting year for multi-media maven Nikki Z would be an humble understatement. From her thespian debut in Nick Cannon movie “King of the Dancehall” to assuming her position at 21st Hapilos VP of Client Projects and Contents, the former year was indeed memorable.

In the mid of her new endeavors and to the delight of her fans, Nikki Z’s return to the airwaves hosting the morning show on the new Energy JA station! (102.1FM) was yet another highlight and venture catapulting her into a prosperous 2018.

As we enter the year, Nikki Z has once again put on her producer’s hat with the latest release from 21st Hapilos “Art Of Love Riddim”. The riddim Executive Produced by Nikki features some of the biggest names in reggae and dancehall, namely Ky-Mani Marley, Konshens, Cecile, Bugle, Laden, Wayne Wonder, Lutan Fyah to name a few and will be released on January 18th, 2018 via 21st Hapilos Digital. Her first release Riddim project titled “March Out” was changed to “Z March” due to name conflict. The Riddim featured a hit track called “Don’t Cry” by Mavado that was also featured on his debut album Symphony of David Brooks.

Looking forward into the new year, Nikki Z looks forward to her first appearance in the UK this May at the O2 Academy for the 10th Anniversary of Flames Radio and Another Level Promotion “More Life”. The event along with Nikki Z, will feature Tarrus Riley, Baby Cham, Jahmiel, David Rodigan & Bass Odyssey. The Media Maven stated. “I’ve been offered U.K before but for smaller events, nothing felt like the right time or the right money. lol But to know that my 1st time there will be at the O2 Academy is living a dream money can’t buy.”

To keep up with the latest Nikki Z has re-launched her website under a new name QueenZOfficial.com where music fans can get the latest news, videos and what’s happening with the Z.