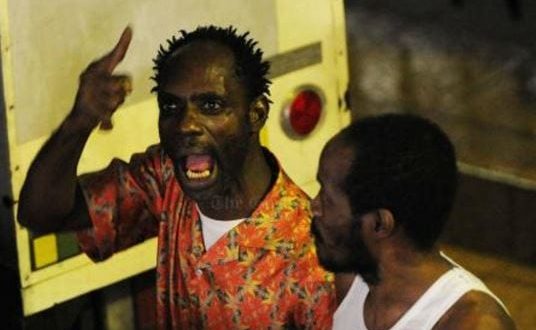 👁️ 2.4k VIEWS
sharetweetWhatsapp
PinterestDiggLinkedinRedditStumbleuponTumblr
Share
Ninja Man whose real name is Desmond Ballentine, who is known as the Don Gorgon, the famous Dancehall Legend, could face life in prison on friday December 15, 2017. Along with his son Janiel and his close friend Dennis Clayton, they were found guilty of the murder of Ricardo Johnson.

All three men were convicted on the 20th of November by a seven- member jury. The news had caused shock in the dancehall fraternity. However Ninja man had decided that he would file for an appeal. Ninjamans’s attorney is pointing out the fact that Ninja man has been doing charitable work in his community over the years and he is asking for leniency in his sentencing.

After sentencing he will be at the same facility, where Vybz Kartel is serving time.
On the day of the conviction he said he would be back, even though he is being found guilty of shooting Ricardo Johnson aka Ricky Trooper on Marl Road ,Kingston 13, in March 2009 following a dispute over kitchen space.
But there have been witnesses who testified that they saw when the 51 year old Ninja Man pulled the trigger.

Previous Popcaan hyped-up over this new unreleased tune!… w/ Laden and Sizzla on video call [Video]
Next After 11 years , Jade Walks Away From Zip Fm