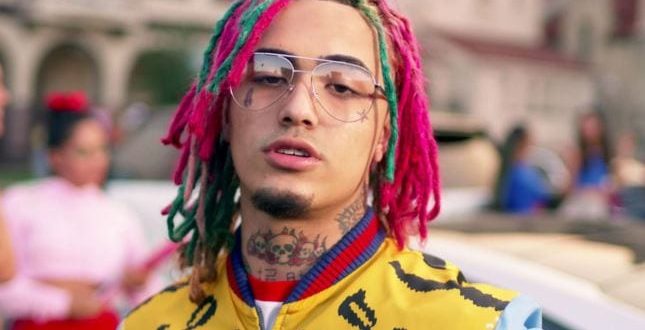 No Shame: Lil Pump records himself being asked to Get-Out of a Hotel

sharetweetWhatsapp
PinterestRedditStumbleuponTumblr
[Sharingbuttons]The “Gucci Gang” hitmaker Lil Pump got kicked out of a hotel he was residing at lately. It was unclear why the rapper was asked to leave the hotel, with the only evidence that this even occurred came from a footage of Pump getting kicked out released by the rainbow-dreaded hitmaker himself.

In the clip, Pump is caught calling an unidentified authority figure—whether hotel staff or cop is unclear—”racist” and “ugly,” and talks about the man’s “big gut.” The reason for the hitmaker being kick out from the hotel room isn’t well-known, but a few references say that Lil was being “rowdy,” while others stated that it was because he was found smoking weed in the hotel.

It was reported that the Archdiocese of Los Angeles was furious that the Florida rapper filmed the music video for “Gucci Gang” at Blessed Sacrament school. Yet, Lil Pump being Lil Pump, we have chain of evidence that that presumably won’t occur.

#lilpump roasts cops after they kick him out of his hotel room.