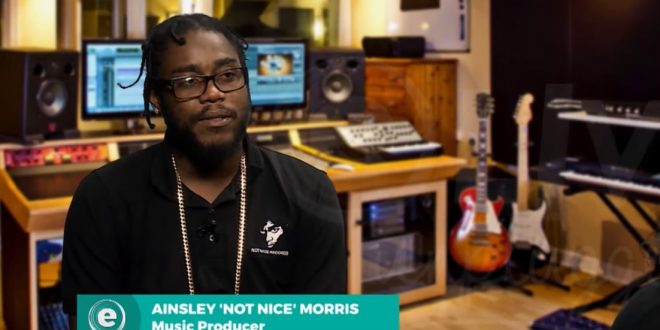 Portmore producer Notnice appeared on E-live of CVM TV to talk about his career in dancehall music. Ainsley ‘Not Nice’ Morris explains how he got started out in music to E-live host Judith Bodley.

Notnice explains that his mother was at the bank and saw Vybz Kartel then decided to call her son(Notnice), she later let him talk to kartel on the phone. Notnice made sure to reach the bank before Vybz Kartel leave, that’s the first time he got to meet Kartel in person.

Notnice later recorded Vybz Kartel for the first time in 2008, Notnice explains that he recorded four songs the first day they linked up in the studio.

Notnice was the one who recorded “ramping Shop”, he also explains the issues they faced after putting out ramping shop.