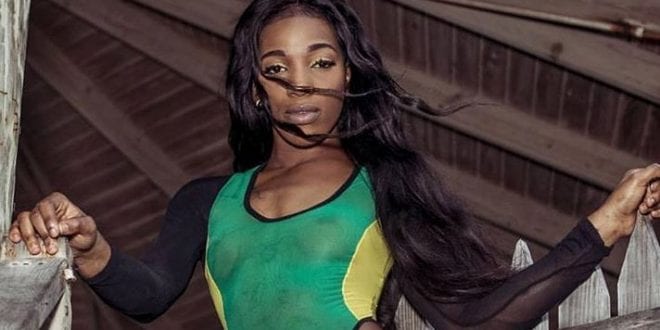 👁️ 2k VIEWS
sharetweetWhatsapp
PinterestDiggLinkedinRedditStumbleuponTumblr
Share
DHQ Tall up the dancehall entertainer wants to know if Pantason is trying to scam her. Pantason put her photo on his promotional flyers and promised her to give her a down payment, but now it is one day before the show and Pantason is not answering his phone.

So Tall up is upset, she is saying the artistes who can draw crowds are paid and she is not paid because she is just a dancer right now. They don’t know that her music “Rocking Dolly” is being played in many places abroad and she is happy that she will be more than just a dancer soon.

She says the $40,000.00 he offered her to appear on his show is not a lot of money and because Pantason knows that she will not go for guns and try to hurt him in anyway, he is styling her or treating her like a person who doesn’t have much value.

She says dancehall can do better, but there are promoters in the business that are not treating dancers fairly, when they know that the dancers help to draw crowds as well as they help to entertain the people.