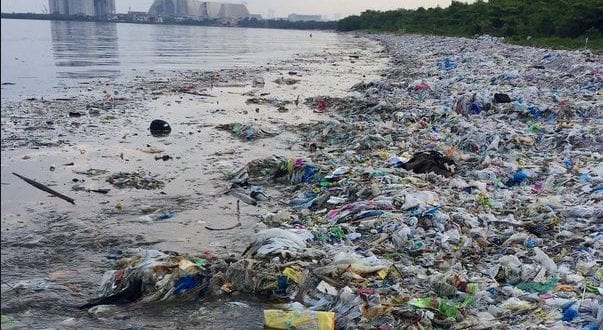 Plastics are expected to outweigh fish in the ocean by 2050

sharetweetWhatsapp
PinterestRedditStumbleuponTumblr
[Sharingbuttons] China stopped accepting some recyclable waste in from other countries in 2017 and this has caused a bigger pile up of plastic waste in the countries that would normally send plastic and paper to be recycled.

This has caused a global shift in the way recycling works and some companies were trying to reduce the amount of plastic they normally used to make bottles and other packaging products. So they would become biodegradable. This caused the bottles to be lighter and they didn’t work well with the machines that were used to fill them.

Studies show that 91% of the plastic made has not been recycled and the plastic pollution problem gets worse every day even though some consumers have started requesting biodegradable packaging.

Many persons now see recycling as a failing industry and there is a new plan that is being considered at the moment.
The plan involves the reuse of bottles and other containers; just like how the milkman reused bottles in the past. Homeowners will have special containers to store their empty bottles in and trucks will pick them up, so they can be refilled.

Putting an end to the culture of using and discarding, and it is good that there are companies who are willing to put their products into reusable containers so there can be less waste, to take to the landfill. Now that, micro-plastics are in the soil and water and many persons are becoming concerned about what that means for their health, there should be no problems with getting persons to comply with this new plan.

Some of the world’s largest companies who package their products in single-use plastic containers have decided to become partners so they can work with a project called Loop. At this stage the new plan is an experiment as the cost of transporting the reusable containers has to be considered. There is a plan to roll out the operation in New York and Paris by this May. Detergent, Shampoo and Ice-cream containers will be among the first set to be collected to be reused.