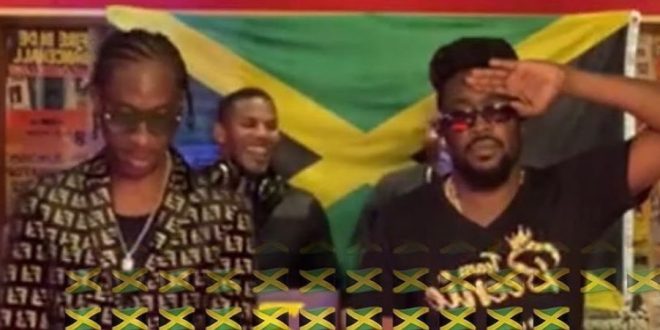 Police did not attempt to shutdown Verzuz battle, says promoter

Promoter Sharon Burke says no attempt was made by the police to shut down Saturday night’s in-studio clash between dancehall artistes Bounty Killer and Beenie Man.

The clash was briefly interrupted when police officers entered the studio, prompting Beenie Man to announce that the performance was being live-streamed to over 470, 000 people worldwide.

“The police were just passing to check on us and when they came in, I think everyone misunderstood the moment,” said Burke.

Burke, who was speaking during a radio interview on Nationwide News Network, said no attempt was made by the officers to shut the showdown.

“I must congratulate the Jamaica Constabulary Force…they were just checking on us,” she said, adding that the officers also returned after the event ended to ensure that everything was fine.

The two-hour-long live stream, which began at 7:00 pm, lasted well past the 8:00 pm curfew, which the Government announced in response to the COVID-19 crisis on the island.