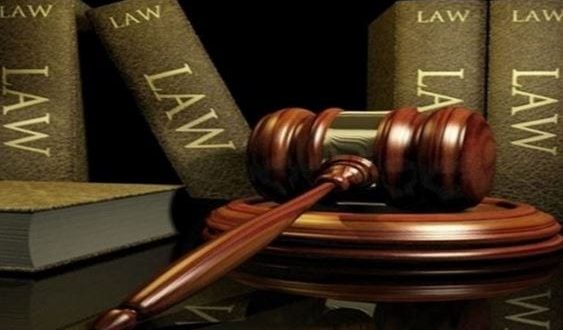 Police Officer Got Life Sentence for this Murder

20
SHARES
sharetweetWhatsapp
PinterestDiggLinkedinRedditStumbleuponTumblr
Share
Paula Llewelyn, the Director of Public Prosecution revealed that policeman Gareth Davis received a mandatory life sentence for the killing of Omar Marshall who was shot nine times in his backyard in Central Kingston in 2019.

After the life sentence was handed down the DPP said it shows that justice will be served irrespective of a person’s standing in life, or occupation.

Davis will serve 15 years before he can be eligible for parole. Christobel Smith, another police officer who had been found guilty of manslaughter was sentenced by the High Court Judge Georgianna Fraser to six years and ten months in prison.

Llewelyn said, “nobody is beyond or above the law, not just police officers, but all other citizens”.
Eyewitnesses revealed in their testimony that Marshall was passing his urine at his front fence, when 4 police officers held him and pulled him to the back yard where he was shot dead.

The premises that was referred to is on Blake Rd. and the officers were under the supervision of a superintendent.

The DPP insists that the justice system might not work in the way everyone wants it to work, but it works when there is reliable, clear and credible evidence.

Both cops said they fired at the victim in order to defend themselves; because he ran when he saw them and when they confronted him, he was about to shoot at them because he had a firearm in his hand.

The policemen, who both worked at the now-disbanded Mobile Reserve Division, claimed in their defence that they were on patrol in the area when they saw Marshall – who they did not know before – running from the roadway to premises on Blake Road.

They said they chased him to the back of the premises where he turned to face them with a firearm in his hand. Both cops said that they fired in self defense.

The firearm that was supposedly in Marshall’s hand was given in by the police, but the claim was still refuted by the witnesses.

Senior Superintendent Stephanie Lindsay, the head of the police’s Corporate Communication Unit said, “like any other citizen, if the court is satisfied that there is sufficient evidence to satisfy and convict a member of the police force, then it is part of the reality that we face.”