It’s quarantine time and entertainers are clashing each other online, the latest dancehall acts to clash were Notnice and DJ Frass, during the clash much, to everyone’s surprise, Popcaan took the time to aim expletives at former friend Jah Vinci in the comments.
[Sharingbuttons]

It’s unclear what could have caused this outburst from Popcaan who also dissed a popular YouTuber named CMR recently.

Many fans are now calling out Popcaan as he fails to respond to Alkaline’s recent diss track titled “Monopoly” which sent several insults at the unruly boss. Alkaline stated that Popcaan watch El Chapo on Netflix and thought he was gangster too.

Popcaan wrote the following online via his IG about Jah Vinci 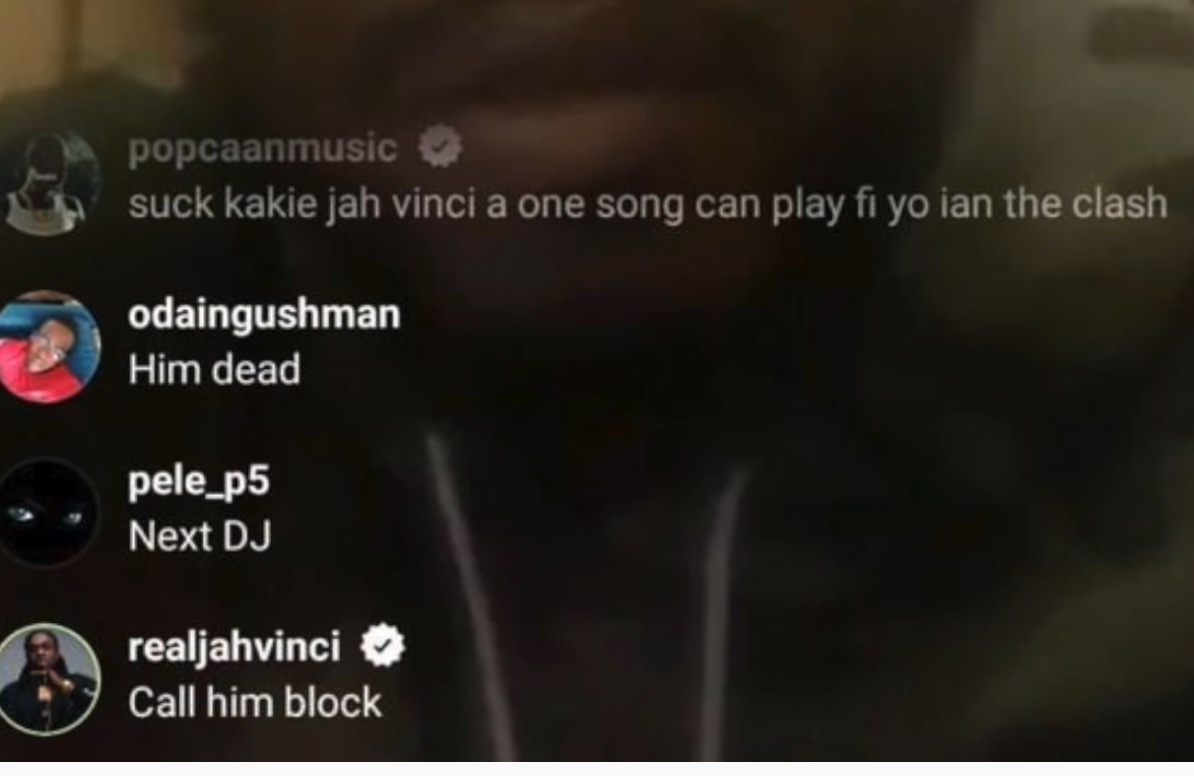