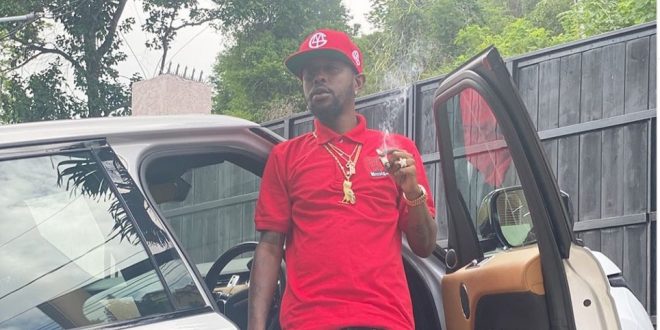 Popcaan who is currently sitting at number one on the itunes reggae album chart is now left feeling some type of way after a black Nissan car was stolen in the midst of him releasing his mixtape, fixtape.

The car was stolen from a Kingston 8 area, it’s unclear who the vehicle belongs to. Popcaan took to IG to make the announcement to the public and Jada Kingdom got in the comments to express how suspicious she was of the female when she saw her earlier at the location.

A viral video of surveillance footage shows the female entering the car without force as she had a key to disable the car alarm and open it’s doors.

The female dressed in full black can be seen at the passenger side first of the vehicle as she puts stuff inside, she then entered the driver’s side and moved the vehicle away.

Popcaan requested that “whoever know this girl tell her to jus return the car.. she too bad”

See footage of the incident below