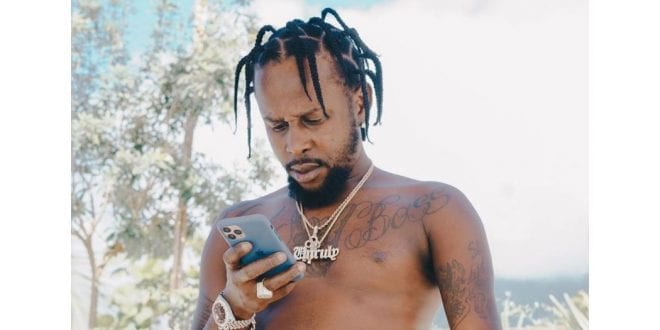 Popcaan responds to People saying he was caught with Illegal Firearm

sharetweetWhatsapp
PinterestDiggLinkedinRedditStumbleuponTumblr
Share
A video is being circulated on Social Media that shows Popcaan whose given name is Andre Sutherland in a vehicle that was being searched by police officers, Reports earlier stated that he was held because he has in his possession an illegal firearm.

However, the Unruly Bosses attorney Bert Samuels denies that his client was held with any illegal firearm.

That declaration caused the lawmen to ask everyone travelling in the vehicle to exit and they continued conducting their checks.

Samuels also reported that the firearm was looked at and returned to the owner and nothing else happened at the time.”

The lawyer also reported Popcaan said that he was disappointed that “an incident-free encounter with the police is being turned into a story with no foundation.”