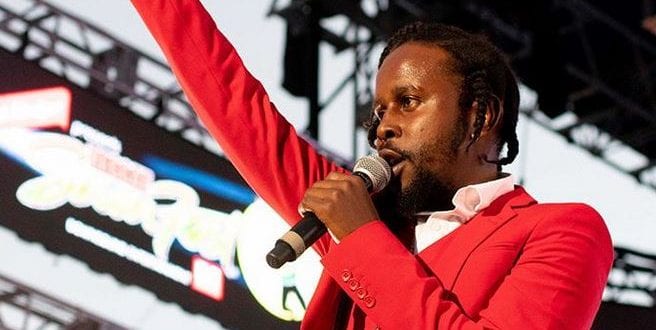 Popcaan still yet to travel to USA

Share
[Sharingbuttons]Popcaan performed well at Reggae Sumfest, his fans were pleased and he is feeling good about his career at this time.

His new album “Forever” was released one day before his performance at Reggae Sumfest and it is doing well, getting a lot of streams. His music has been well received and he has a lot of fans in Canada and the UK but he has not been to America as yet.

He says there have been changes in dancehall and he doesn’t like to hear people saying Dancehall is dead. He just wants the artistes to forget the hype and their egos and understand that there is a whole lot of money to be made in the music business, so they should stay calm, unite, stop tearing down each other and work hard.

Popcaan’s new album “Forever” has something for everyone; there are songs for the girls, party songs, a collaboration with Davido, but Popcaan’s favorites are “Firm and Strong”, “Foreign Love”. Throughout the Storm” and “Silence. He said,”some of the songs were produced by Unruly Entettainment.