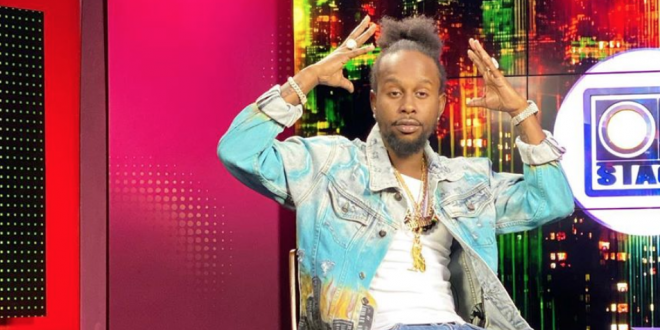 👁️ 7.1k VIEWS
sharetweetWhatsapp
PinterestDiggLinkedinRedditStumbleuponTumblr
Share
In 2014 Popcaan said he wished he could put every Ghetto youth on a flight so they could go to see the world, and now he has lost count of the number of young artistes who he has taken abroad, he wanted them to see how different the world is and he wanted them to embrace other cultures.

Popcaan wanted to do this because going out into the world motivated him and strengthened his confidence, before he became famous.

He now has his own Unruly camp, “Unruly Entertainment” he produces music for young artistes.

The death of his friend who was killed at his house is not something he can’t get over, but he uses time to heal.

He couldn’t feel happy about anything when he was grieving but having his family and friends around him helped him a lot.

He also, vent his feelings in his music, but he will be mourning forever, his funeral was February 3rd, and he was like a big brother to him in the streets.

It was very shocking to him that someone would want to hurt his friend like that. He had to keep his mind strong and focused to perform in London the night after.

Poppy spoke about his new album to drop on the OVO label, it will be released this year. Promoters had approached Drake and didn’t get him to visit Jamaica but Popcaan managed to bring him hear, to St Thomas which is a great thing.

Now popcaan is very happy that the youths are winning because he knows how life is, when the youth suffer, he knows life is not easy in Jamaica. He likes when the youth get the opportunity to make money and make it out of the struggle.

Popcaan explains that his visit to Ghana was a business trip, he also visited the castle where he paid respect to his ancestors. He got all emotional when he went there, and he believes every Jamaican should go there. It is just a sad story, as it was the start of the dreadful journey across the Atlantic to the so called, new world.

Most Jamaicans are from Ghana and the place reminds him of Jamaica a lot. He found the connection between Jamaica and Ghana is very strong.

Popcaan stated that before he got to where he is today, he told the universe that he would be big and he works on many different investments from time to time.

‘Vanquish’ his most recent EP got over a million views last year, it was just a Christmas gift for his fans, it was that good that the people classify it as an album.

He says when Koffee won the Grammy it was the whole Jamaica that won, he is very proud of her, because she is so young.