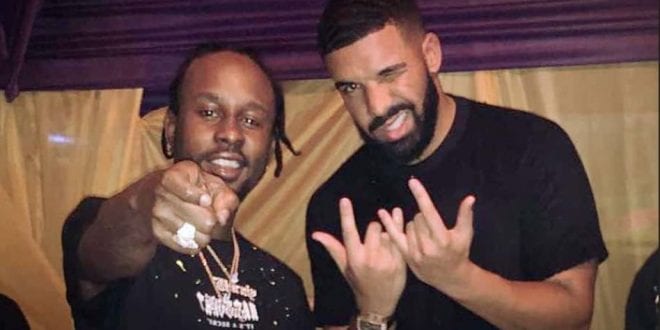 👁️ 310 VIEWS
sharetweetWhatsapp
PinterestDiggLinkedinRedditStumbleuponTumblr
Share
Popcaan says, “Drake supports Dancehall Culture a lot and we have to big him up, he does it by shedding light on Popcaan and we have to big up Drake always.”

The Unruly Boss is planning to drop more music when he releases his new project in 2020, and even though the mixtape he has out now has no collaborations, he plans to do collaborations on the upcoming album.

“Vanquish” was released and it is now available on Apple, but Popcaan says he is getting better at writing and improving his music as time goes by. He doesn’t know what OVO will have in mind, but he has so many songs.

He named the project “Vanquish” because it is all about getting rid of the enemies and the bad vibes.

Kartel Gave Popcaan His First Highlight
Kartel’s song “Get Wild” was done after Kartel heard his song. He did one version before he did a clean one and called Popcaan’s name in it. This caused people to say Kartel was thinking about him when he sang his song, Popcaan recalls getting a lot of fans from that song.

Popcaan says he knows how proud Kartel is of him, he knew he was a free soul and he knew he would make it big one day.

In a recent interview, he said he is not stressed about Unruly Fest, he is happy with the results he got.

‘Love you bad’ was a big tune in Clubs but not on radio. Drake sampled the record and Popcaan realizes from back then that Drake and Rihanna loved his music a lot.

Drizzy invited him to an after-party and he met Snoop and smoked weed with him.

Popcaan states that he respects Drake because he noticed that he cleared a table that had a lot of cups on it while they were out together at a club. That’s how he found out that Drake was a genuine person and when he shows up at Unruly Fest, he was reminded of how genuine Drake was.

When Popcaan was encouraged not to put Drake’s name on the album because Drake didn’t put his name on his album; Popcaan laughed and agreed.

When the album finally comes out, it will have a Drake and Popcaan Collaboration the unruly boss confirmed, he did not confirm any other collaboration.