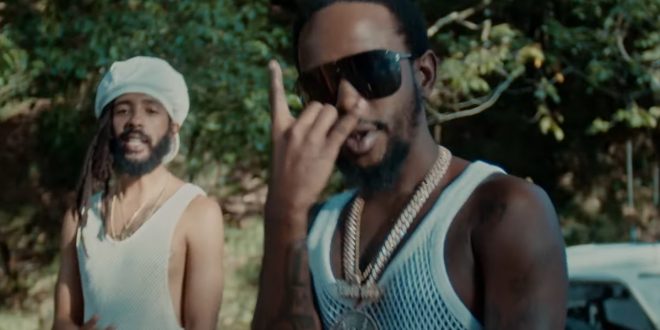 Reggae Icon Protoje teams up with dancehall icon Popcaan to bless us with a refreshing music video for their collab titled “Like Royalty”, This track will be featured on Protoje’s upcoming album slated to be released on August 28.

The music video was shot at various locations in Jamaica, with majority in Down Town, Kingston. The visual highlights many good looking areas of the country from the river to the beach side.

Protoje also brought his musical sisters Lila Ike and Sevana along the ride, see all three in Down Town, Kingston below.

The song’s lyrics send out a positive energy reminding us to be optimistic and help others around us.

Protoje’s top song “who knows” which features Chronixx is currently at 137 million views on youtube and his new releases are expected to rack up millions of views especially given the artistes that are featured.

SOME LYRICS “If ah eva mek it inna life, you ago be living like royalty “.

Watch the entertaining visual below.