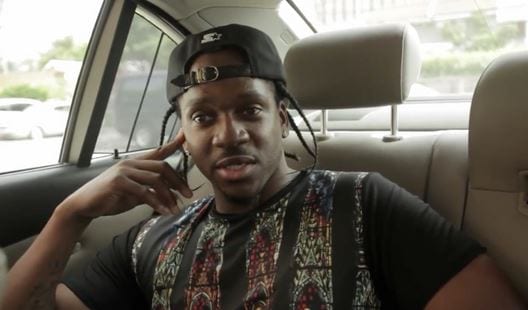 sharetweetWhatsapp
PinterestRedditStumbleuponTumblr
[Sharingbuttons]“You tried, you failed,” Pusha T begins. “I’m hearing you wanna try again, this time I’m not gonna play with you, any of you.” He is not calling names, there are persons who believe he is talking about Drake they believe there is lingering animosity between the two, as the beef between the both of them was not resolved in a good way.

Drake had bowed out of contention in the name of good sportsmanship, just when the beef seemed to be going deeper than Rap.

At this time, no one knows what has caused Pusha to start speaking in this way, as Drake did not say or do anything to provoke Pusha when the beef started. Fans would like to see the continuation of the beef and Pusha T seems to be ready to begin the war of words again.

Drake who is a fan of Aaliyah, could be thinking of the song she sang about getting up and trying again if at first you don’t succeed. Pusha T is now promising swift and merciless retribution, in what seems to be a final warning to his opponent.

At this time no one knows what Pusha has been hearing and what has caused him to start talking in this way.