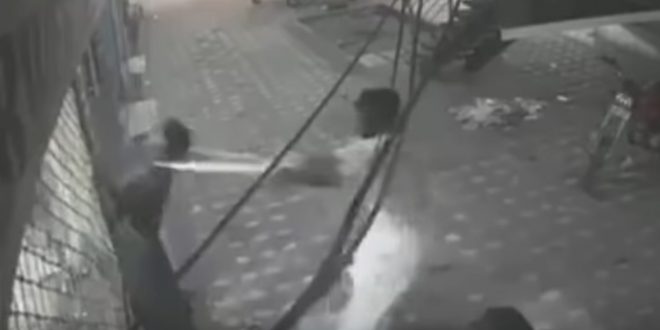 This was a routine shutdown of a shop that turned into a nightmare, In the video one man appears to be pulling down an iron shutter infront of a shop when he suddenly was drawn into it by strong electrical current. His friend then wanted to pull off the dying man off the fence however he was unable to do so with his bare hands.

Quick thinking leads to the friend oulling off a scarf that was around his neck, he then tossed it around the other man’s neck who was still stuck onto the iron shutter. A very strong strong pull then caused the electrocuted man to fall to the ground.

Watch the bizarre video below