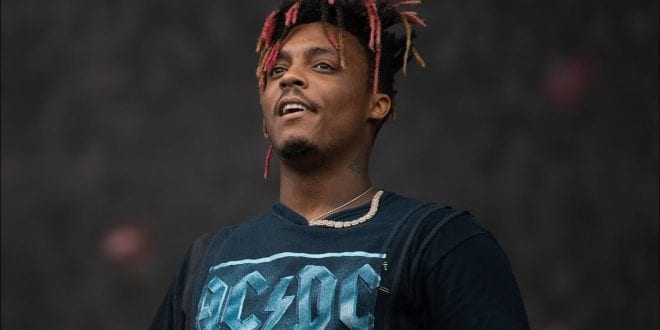 American entertainer Jarad Higgins aka Juice Wrld Passed Away earlier today December 8th at 21 Years Old after having a seizure in a Chicago Airport. According to a police report, Juice Wrld was walking through the Airport when he suddenly collapsed.
[Sharingbuttons]

The rapper-singer was on his way to Chicago from California and tragedy struck after he got off the plane, had blood running out his mouth when paramedics got on the scene, further reports state that Juice Wrld was conscious shortly after the seizure however he passed away after arriving at the hospital.

The estrange entertainer often rapped about his death in these lyrics “What’s the 27 club? / We ain’t making it past 21,” he rapped on 2018 track Legends. Jarad also said, “Lay me down to sleep with my casket closed,”.

Juice Wrld started buzzing on Soundcloud first before getting his big break in 2017. Juice Wrld peaked at number 2 on Billboard top 100 charts with “Lucid Dreams”. See the visual below.

Investigations are on the way to determine the cause of death.