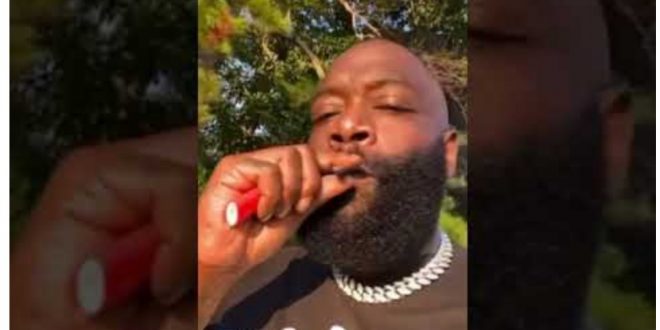 Rapper Rick Ross who recently made a song with Bob Marley’s grand son Skip Marley. Ross explains that if he had the opportunity to smoke with one person it would be “Bob Marley”.

Rozay says he would not even ask Bob to hit his splif, instead, he would wait until Bob leaves the room then he would get Bob’s leftover splif tale and smoke it which still would make him feel like he had a smoke with the legend.

Ross states that himself and Skip are shooting a music video at his home.

Watch as Rick Ross gives details on wanting to smoke with Bob Marley below.