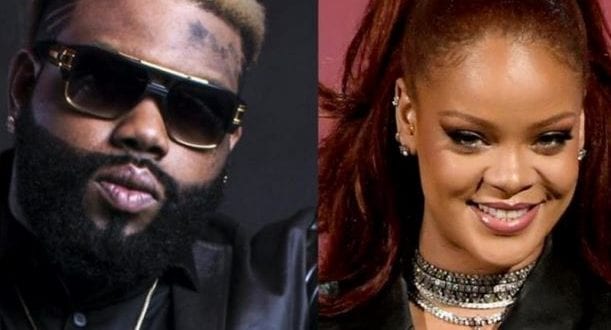 Rihanna is set to release the music that features the Jamaican Dancehall artiste Demarco soon. Her last album was released in 2016, with hits like ‘work’, ‘needed me’ and ‘Kiss it Better”. She also released “Wild Thoughts” with DJ Khaled in 2017.

The Bajan pop superstar seems to be ready to release some new music, as a brand-new track titled “Private Loving” featuring Demarco was registered with singer’s music publisher BMI and writing credit is given to Demarco, RiRi, and Monique Lawz.

This means fans will be getting their wish and Demarco is now signed to Akon’s Kon Live label after he released a number of hits for the Jamaican audience before.

He has been gaining popularity recently on the international scene “No Wahala” an Afrobeat flavoured jam.
It was rumoured already that Rihanna had planned to release a Reggae music project this year and Caribbean acts would be featured on it.

Rihanna has not said anything about the project as yet, but Monique Laws seemed to let out the news when she retweeted a fan account and said, “I CANNOT BREATHE!!!” and expressed her excitement as well.
Screenshots of a DM with Demarco speaking about the new track was also posted.

Previous Sean Paul Receives National Honour
Next “Bully Beef” Could Push Candy and Mackerel out of The Limelight?