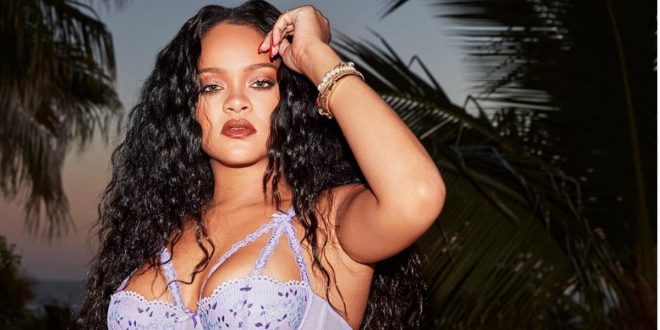 On a video live with Rachel smith from ET, 32-year-old Rihanna addressed calls for her music from desperate fans as well as her newly launched product.

She said she knows her fans have been waiting for her music, Riri went on to state that work is being done on it all the time however she will release it when she deems it necessary.

She also pointed out in her candid interview that she would like to release the music the way she sees fit. “The wait will be worth it” letting Rachel know that the fans will be satisfied once the music is released hinting at the caliber of music she is working on.

In the meantime, the R&B singer has been working assiduously on her new skincare product line “The new culture of skincare” which is set to go on the market today.

Rihanna is not new to the skincare industry either as she is known widely for her Fenty brand.

The new product is definitely something fans of the artist are expecting due to the quality of the product as described by Rihanna and her reputation in this line of business.

RELATED: More than $15 million dollar has been donated by Rihanna’s foundation to mental health services

Rihanna stated that she wanted the product to be something everyone can use. She told Rachel that using the product has three steps.

Rihanna is also said to be releasing a reggae-inspired album soon that she says will be worth it. Over the past year, rumours have been circulating that she did collabs with Demarco and Koffee hyping up reggae and dancehall fans.

Her last album was “Anti” four years ago.