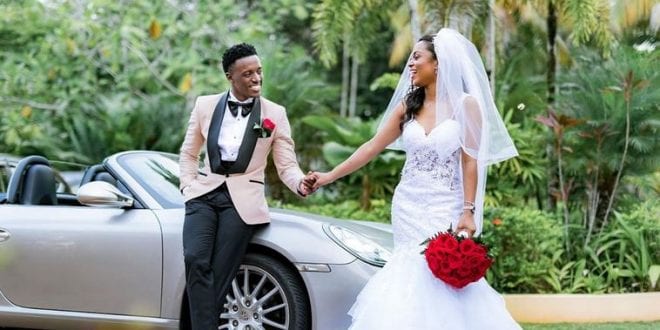 Romain Virgo and Elizabeth tied the knot and their wedding photos and videos are now being shared on Social Media after they secretly got married last year.

On September 21st the couple celebrated their first wedding anniversary and they finally started sharing their wedding photos and the photos have flooded timelines. Romain also shared a video of their ceremony as well.

Romain asked the life changing question, when they had their first official photo shoot as a couple. He also released his music video “In this Together” and the video went viral.

Virgo the ‘LoveSick’ singer got down on one knee and asked his girlfriend to may him, at the time Elizabeth held back tears and said yes. In a river scene, in the middle of the video shoot.

Virgo had already told everyone how nervous and excited he was in the intro of the video.

Watch video he posted online below!