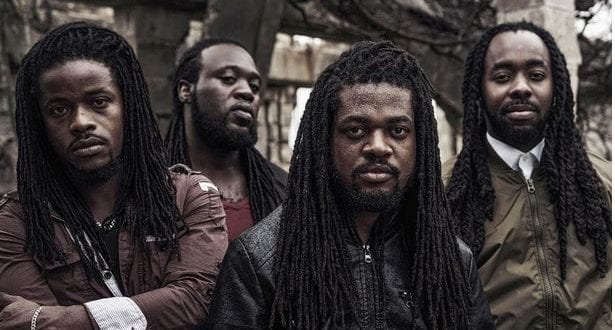 As the world brings in 2019, roots, rock, reggae band EarthKry is presently on the last leg of their “Last Survival Tour” that debuted in 2017 in support of their hit filled debut album “Survival”. Keyboardist Phillip Mcfarlane, Vocalist/Guitarist Aldayne Haughtron, Drummer Kieron Cunningham and Bassist Kamardo Blake have spend the latter part of 2018 spreading their message through the vibrations of music both at home in Jamaica, and abroad in the U.S, Europe, Australia and New Zealand. Trodding on the footsteps of The Wailers, Peter Tosh, Jacob Miller, Black Uhuru and Steel Pulse, EarthKry legacy aims to stand the test of time

Speaking on their upcoming tour, Phillip McFarlane explained “This is a big opportunity touring with a two times GRAMMY nominated. J Boog has a great audience that genuinely loves reggae music. We are joining him for over 30 shows with new audience, and a chance to introduce ourselves to music lovers and hopefully make new fans.

What makes this even more special to us is that it was organic. A friend of ours introduced J Boog introduce to our music, and it is because of his love of it that he invited us. So, we give thanks to him. We will give his followers who we are, our energy, our vibes, to fans, our real authentic reggae roots. Reggae music is not what we do, it is who were each of us are. i speak for all of us, Kamardo, Kieron, Aldayne and myself, we are EarthKry, we are reggae and celebrate and honor it every day”.
SOURCE: MPR CONSULTING