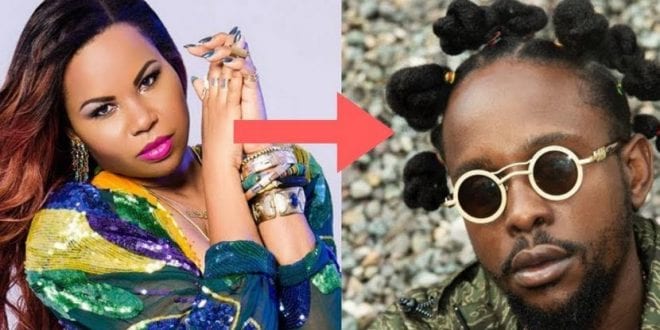 👁️ 64.8k VIEWS
sharetweetWhatsapp
PinterestDiggLinkedinRedditStumbleuponTumblr
Share
Cecile announced; that she was in need of a man on social media before she went on to say she thought Popcaan was hot, he had a straight nose, a nice face and he was going places, so she wanted to be introduced to him.

“When I don’t have dick in my life, i do sugar and as much as a man is not good, sugar is worse, I didn’t know that I wasn’t seeing sh*t until I put on this eye wear. Maybe that is why I was with that Nigga for 5 years”. She wrote.

Social media fans are saying the Nigga she was with for 5 years was Popcaan; as she had posted a photo of all his cars lined up on social media. Showing that she was in a relationship with him.

However, in another video she said she was keeping her love life away from the eyes of the public. The popular entertainer who had a child for Chris Martin the dancehall artiste, said she is playing games.

Even though it was announced that she broke off her relationship with Popcaan because he had a side chick; but another story said Popcaan parked her because he is now with Yoli, who was calling herself the Boss Lady at Unruly Fest.

It is alleged that Yoli is married and Popcaan has another relationship going on with a girl from Trinidad.
People are now calling Popcaan, Unruly Gallis because of the many relationships he is in and they are saying the relationship between Chris Martin and Cecile broke up because of Popcaan, he knew that Cecile like him and he was jealous.